Tone similar to shows like DEXTER and DEAD LIKE ME,
SCAPEGOATS is a dark comedy crossed with a crime-drama procedural.

There’s a new ‘goat in town! GRETA is a young sin-eater– an ancient beast zipped into an illusion of human skin– tasked with shepherding lost souls to the afterlife. Stationed in a lazy town of retirees, business takes off when a soul-snatching killer moves in on her turf. 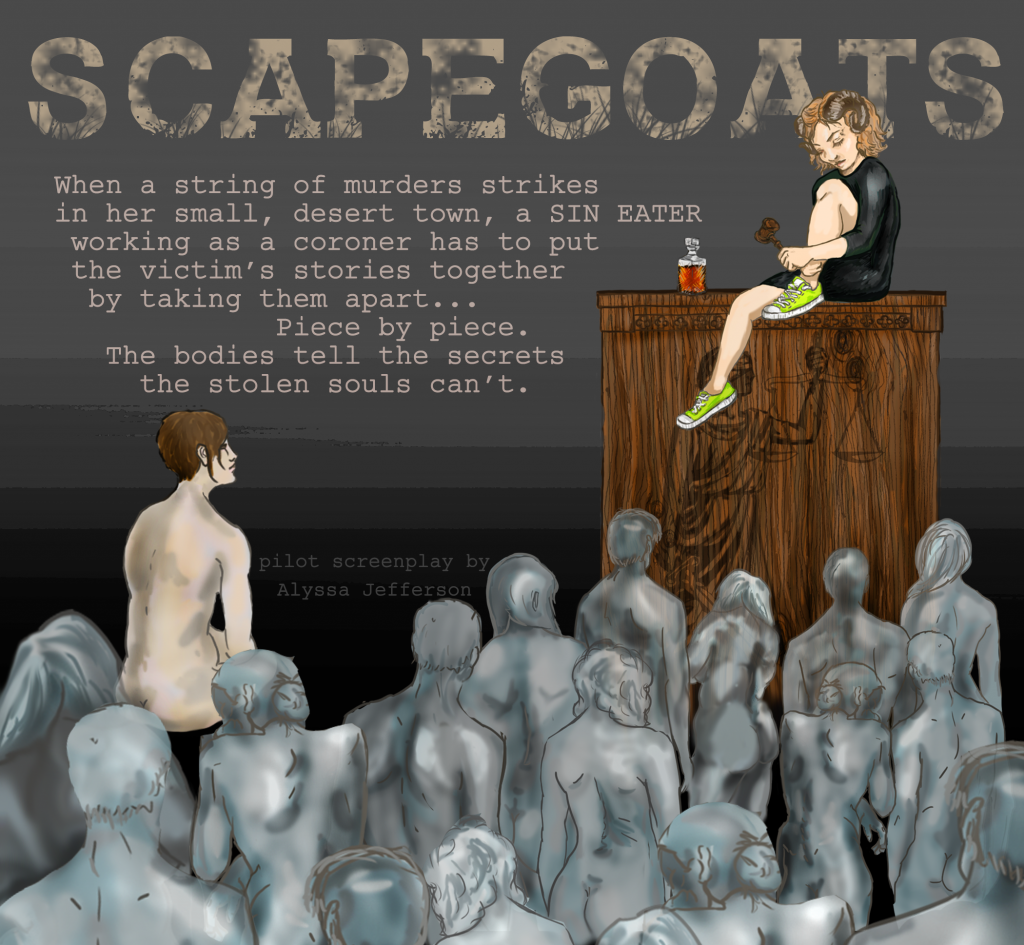